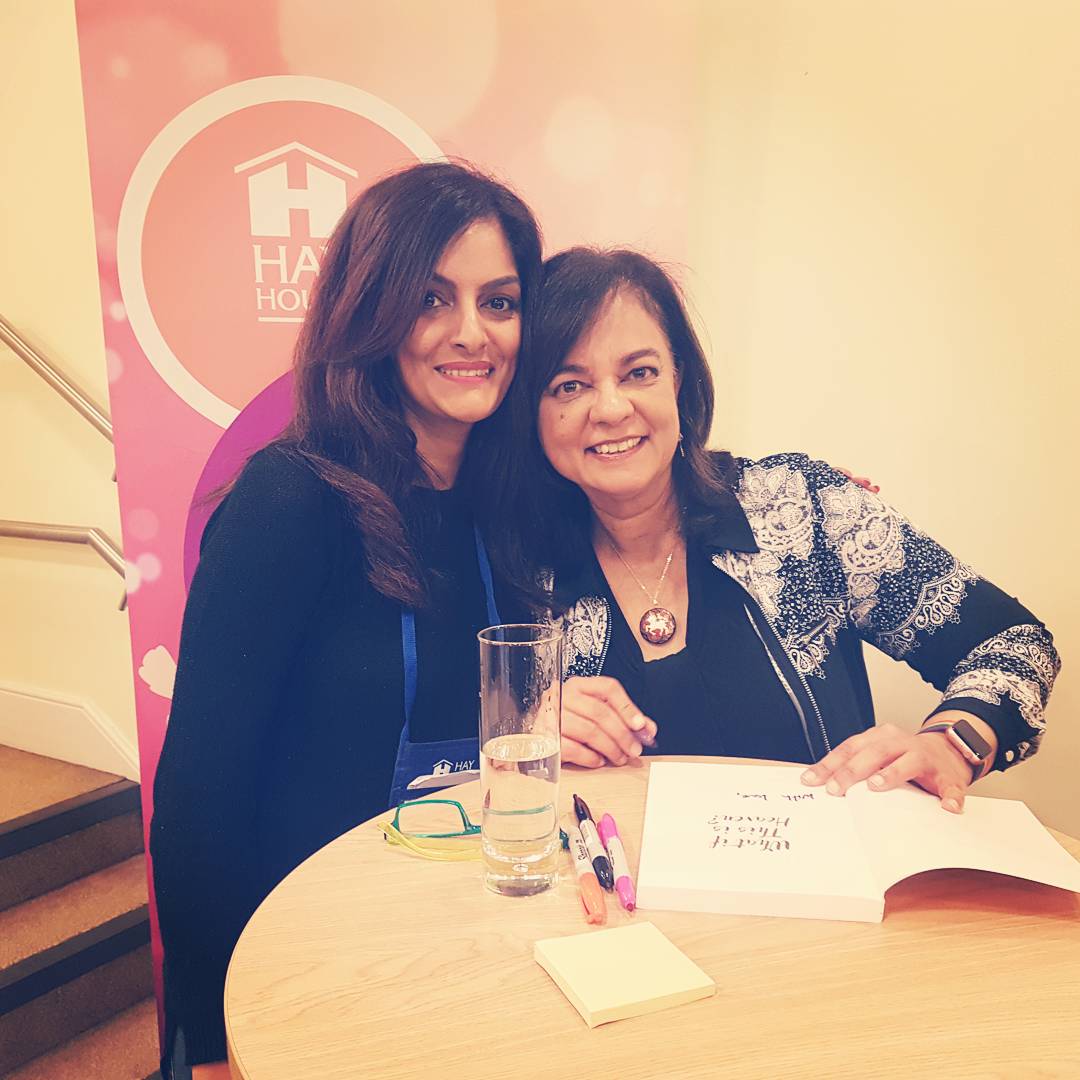 Does it all just stop?

Since being a child,  the concept of ‘Life After Death’ has intrigued me (Sounds a bit morbid right?) – I guess I just felt there was something bigger out there. When I was an infant close family lost significant people in their lives and although I don’t consciously remember this, I would have on a subconscious level been ‘soaking’ this up.  I now recognise that I was highly intuitive as a child and picked up on others energy,  beginning to question ‘existence’ quite early on.

I had an instinctive sense of people having ‘souls’,  being  curious about what underpinned others behaviour – often reading between the lines, which I remember from a primary school age! I strongly believed it does not all ‘just stop’ when one dies.

Such sensitivities and beliefs start to take bit of a back seat as children generally get older and society ‘kicks in!’, swaying them more towards ‘normal’ stuff, rather than exploring spirituality! I think we still have a long way to go in feeling comfortable in having such conversations with children.

Children might receive the message that they are too sensitive, over imaginative and should stay away from ‘things like that’. They might either stop believing, or carry on believing but keep it to themselves! Nevertheless this can create self doubt and fear.

Reflecting back on the last twenty years, I have experienced many synchronistic events putting such concepts back on my radar! Once it was 3 different people randomly on the same day who bizzarley mentioned the ‘after life’, ‘soul contracts’ and ‘spirit’, with no invitation from me! I’d be lit with curiosity when this happened, but my deeply embedded fears about it not being OK to talk about such things would hold me back from expressing my views despite my beliefs being solid – especially in my counselling profession! It felt like a taboo subject. My counselling training only included a small section on ‘Spirituality and Counselling’, it wasn’t widely spoken about.

In the last 4 years, through supervising trainee and qualified counsellors I was ‘reminded’ of this concept again which then gave me the courage to start testing the waters and I began to ‘come out’ about my views. One of my supervisees being very spiritual herself and working in bereavement, was relieved she could share her personal experiences and views with her supervisor without being judged – this was a significant basis of developing trust in our work – where she did not feel she had to ‘hide’.

Having recently read the the book, ‘Both Worlds’ by Susan Bond about her connection with spirit – my supervisee introduced me to the book ‘Proof of Heaven’ by Eban Alexander;  neuroscientist who did not believe in life after death until he experienced a Near Death Experience (NDE) – he shares his experiences during his time in a coma. Another supervisee introduced me to Anita Moorjani’s book ‘Dying to be me’ – I was instantly drawn to the title, and thought it might relate to a woman’s journey of finding her true self. The book was in fact about Anita’s journey about becoming her ‘magnificent’ self but also following her very own experience of a NDE – she writes about the glimpses of the afterlife she was exposed to – extraordinary!

Both experiences strongly indicate that there IS an afterlife; another dimension, a higher power, an angelic realm…  if you’re a bit sceptical, it might be worth having a read about how both their experiences baffled science and the medical profession.

A few weeks ago a dear friend of mine, he who also experienced a NDE, that transformed his life gave me the book ‘The Afterlife of Billy Fingers’ written by Annie Kagan which I am currently reading -again reinforcing there is life beyond this one. It is filled with many beautiful and inspirational messages. It is truly wonderful to see that more and more stories are being shared by people influencing a great shift in our consciousness.

I am starting to embrace that it is  OK to be open about such topics. It is nothing to be ashamed off neither worth worrying about others judgments. I realise now that due to others fears and strong views against such concepts, what I truly believe in again took a  back seat! However having made some recent major life changes, staying true to myself is an integral part of my journey.  If I allow others to stop me from sharing what I truly believe in, then how am I being my authentic self and how can I possibly empower others to be true to themselves!

Since this shift, it is amazing how new doors are opening for me. I am attracting more and more people on the same wavelength who actually want to work with me because of my openness about spiritual concepts.

On that note, my message to you:  Be true to yourself and the right people will arrive!

Are you in the counselling profession with similar views – would love to hear from you.

Thank you for taking your time to read my blog.

4 replies on “Does it all just stop?”

Society makes you think in such ways that you either believe or you don’t. If ever asked do you believe in life after death… you always end up most times saying “Ermm I don’t know… Maybe?” because you are waiting to see the reaction of the other individual, but separate yourself from that and think of the outcome for yourself is the hardest because of the fearof being judged. “oh your views are outlandish!… Prove it! Etc… “but you should train yourself to do just that, think what you want to think.

I admit I haven’t read the books you have highlighted but they sound interesting, I might give them a go. I have read/seen other things which makes you want to believe? Past life regression being one of the main ones, but then I think that there should be more research into this one of psychologist Trupti Jay from Mumbai has done some programs based in this in India (Raaz Pichle Janam Ka) she also did a Tedx r talk about it all check it out, although doesn’t go into crazy detail of the story they follow it through highlighted (obviously time permitting for TV) these people have their questions ‘answered’ as to “why an I like this?”, “Why was I born with such and such… Etc” of which I find interesting and sometimes wanting to know myself will it work on me? Would I really want to know?
Then that further goes into the ‘soul’as you put it, very complex subject question iv always like to ask is, all these new births man, animal etc, is every single one regenerative or are they fresh out of the box… Regenerative in line with many religions is ever evolving. With any’ living ‘organism out there that had died we must have more than before??! (e.g only 4 humans on earth, no animals, plants etc… They have a baby, does it have a new soul? Or regenerate soul of some sort? If it’s new then we should be able to trace back Adam and Eve lol
Well I best leave it here I could go on with many questions with no answers lol, but good insight into the mind of and Enlighten Counselor and keep up with the blog, good work! 😉

Thank you for your very interesting comments H!

I like your message ‘think what you want to think’ (Sounds encouraging for those who feel they have to provide a justification for their beliefs… or like you said prove it!). I agree people are usually very tentative in replying to ‘do you believe in an afterlife!’ even if they do!

I have not had Past life Regression but have engaged in Past Life Meditation (Akashic Records) – This is a personal process and was very enlightening regarding karmic relationships/repeated patterns/life lessons/blocks that need releasing. I have heard others experiences of past life regression which has been apt and very fitting for them. You ask ‘Would I really want to know?’ – I think generally the more one is open to self development they can use this knowledge to help them understand their journey and perhaps make particular life choices – for others it might be just curiosity and dipping their toes in, which is also fine!

Interesting questions about the souls maturity and regeneration. It’s good to have more questions than answers on such topics, shows your creativity and open mindedness… Don’t know how much you have read about quantum physics which provides ‘evidence’ that we are all ‘energy’, which is very much so echoed in people’s experiences of NDE’s – If you do read the books, I’d be interested in your thoughts 🙂

Thank you for your insight and sharing concepts – Keep on shining 🙂

Your blog has made me start to open up my own spiritual thinking ,which I do not connect to often enough. It has also made me realise it could be a useful dynamic, especially in work around loss and bereavement. Talking about spirituality can be a taboo subject still, a bit like talking About mental health too But the subject and discussion so often leads to other significant aspects for others, being cathartic and therapeutic I have found. Again, I could probably go on forever ( I won’t!) – keep up with the blogs! Great!

Hi C – I’m pleased to hear that your thinking around spirituality has become more opened. I agree it can be a taboo subject, but i suspect the more open and receptive you become as a practitioner around the subject the more comfortable your clients will feel to bring such concepts into the therapy room- like you say this cathartic process will open up more avenues! Best of luck – would love to hear how you’re getting on with this.

Other Blogs
It’s been a while!
Read More
11:11 Self Love Challenge
Read More
Coping with the Pandemic – ANXIETY & FEAR
Read More
My Tickets is currently in testing mode. No financial transactions will be processed.